What is a NAP? No, it's not a quick snooze, a dashed forty winks or even a good solid kip (as Koos would have said). The thing is that in Holland, you see the word NAP everywhere, and this doesn't mean the cloggies are exceptionally good at sending up zeez. Its meaning is much more serious and important.

Okay, I'll let go the suspenders and tell you what it stands for. NAP actually means Normaal Amsterdam Peil, meaning Normal (right!) Amsterdam (yep!) Level, and it refers to the level of water by which all other levels are measured throughout Europe. Impressive huh? Well, I took this quote from a website I found on the subject: 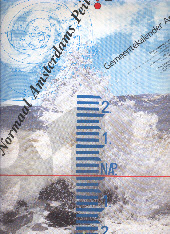 "Because Amsterdam is largely below sea level, it relies on a system of dikes and dunes to protect it against the sea - the only city in the world that does so. This system is measured in Dutch-invented NAP.
Amsterdam’s water level measurements are set to a fixed point, known as the Normaal Amsterdams Peil (NAP), the Normal Amsterdam Water Level, based on the average level of the River IJ in Amsterdam in the 17th century!! This measurement has become a basis for altitude measurements throughout Western Europe. The current NAP height can be seen in the freely accessible passage between Amsterdam's City Hall and the Muziektheater opera house on Waterlooplein - three glass columns filled with water rising from the floor near the northeast entrance. 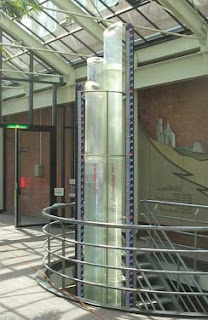 Two of the three (columns) indicate the actual water level at the coastal towns of Vlissingen and IJmuiden. At high tide, the water rises well above knee-level. Fortunately, sturdy dikes and dunes along the coast keep the North Sea at maintainable levels. Even more spectacular is the third column, in which the water bubbles up far above your head. That was the height of the North Sea during the flood disaster in the province of Zeeland in 1953.

The real NAP can be seen if you descend the staircase by the water columns: a large bronze plate indicates the exact level of NAP. From Helsinki to Rome, altitude is always measured relative to this bronze mark when roads, houses and bridges are built and, of course, when gauging the water level." 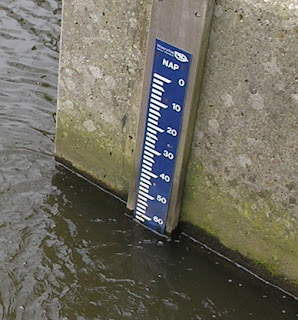 Pic taken by Koos today in Zeeland. NAP is zero, so this shows we were in a polder below sea level

Amazing, isn't it? Well, I find it even more interesting when going for a stroll in the country, you come across small sluices and pumping stations each with their own scale showing the NAP clearly marked. I guess the water level in the 17th century was probably a bit lower than it is today if we are to believe the global warming theories, but nevertheless, I find it rather special that the measurement set in Amsterdam getting on for four hundred years ago is still used as the benchmark not only for every local sluice gate, weir and lock in the Netherlands, but also for great engineering works throughout Europe.

It also makes me appreciate still more how brilliant the Dutch are at water management, and how there is more than just idle boasting to the old saying that "God made the world, but the Dutch made the Netherlands".
Posted by Vallypee at Sunday, February 24, 2008 17 comments:

This is much more me

Many of you know that a couple of years ago, I bought a flat in Rotterdam after selling my barge in Belgium. Although principally a way of investing in my 'pension' (I have none here in NL), I intended to move into it and use my barge for weekend 'faring', but somehow I never took to the flat. I tried staying there, but was always too conscious of other people living around me. On a barge, you are on your own island and are thus insulated from the noises made by neighbours. 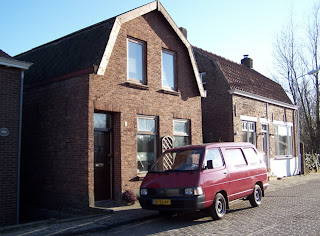 To cut a long story short, I have now sold my flat - very quickly, thankfully, and have bought this little house instead...and I am completely in love with it. It is in a village in the very far south of the Netherlands, which stretches about five kilometres along a dyke. It needs quite a lot of work as it's been sadly neglected over the years, but it's all do-able and I can do it bit by bit. 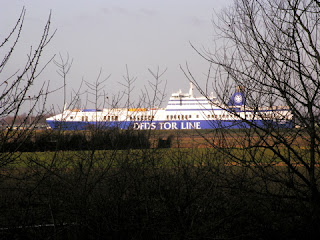 From the front, I look over the top of just one house opposite and can see straight across to the huge canal from Gent to Terneuzen. This is a sea canal, so very often we watch huge transport ships going past - a somewhat surreal experience as they look as if they are just sitting in the fields. The photo above is one that Koos took recently. 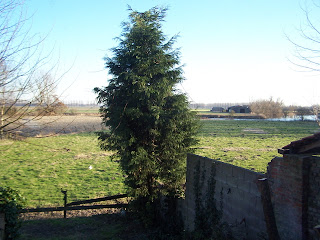 This is the view from the kitchen window at the back of the house. There is a beautiful creek, which is a nature reserve, and the fields usually have sheep and/or chickens pottering around and contentedly munching. Not just now, though. 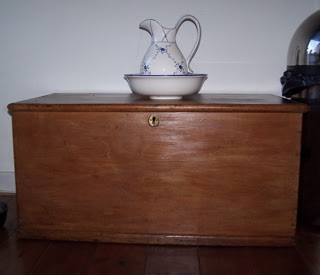 And one of the things I love about the house is that it suits my taste for old country furniture and knick-knacks so well. The pine kist here is one I gave my mother many years ago, and I inherited back in a rather sorry state of repair. It's been great to nurture it back to glowing glory again. The ewer and basin is a 'find' from a local charity shop, and I think it's really pretty. I've also found a lovely old bookcase, an amazing clock and a gorgeous old wood burning stove (still to be installed), all bought for a song....and I didn't even have to sing them either ;-)

What this all means is that Koos and I still live on our barges in Rotterdam during the week, but most weekends from now on, we'll be absconding to the country and being village people..haha...even better, it is only a couple of kilometres from the Belgian border, so we can spend as much time as we like walking and exploring new parts of our favourite country..Ah yes, life can be sweet.
Posted by Vallypee at Saturday, February 16, 2008 18 comments: 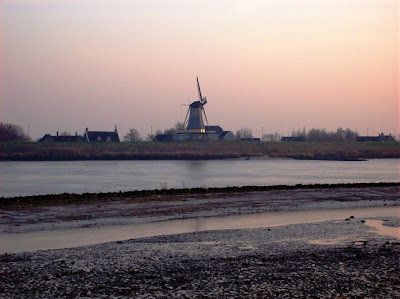 I don't know why in particular, but I love this image. It has that pearly light that is so special to the Netherlands.
Posted by Vallypee at Friday, February 08, 2008 12 comments:

These are a few of my favourite things 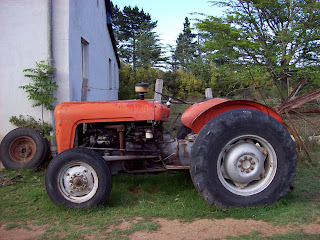 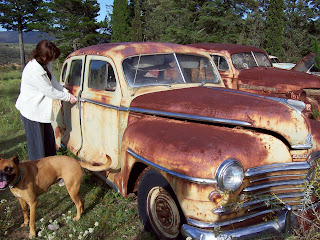 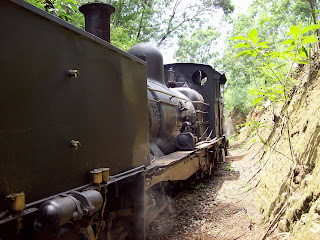 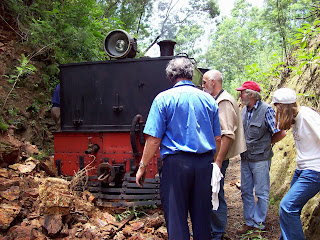 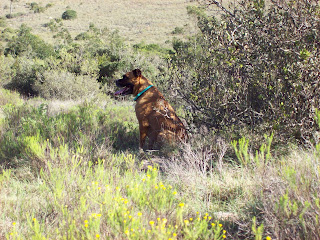 Bright painted tractors and rusty old street cars
Chuffing old steam trains with rock falls and dramas
Scenes of my Africa warm with the sun
This is indeed what I really call fun
Posted by Vallypee at Sunday, February 03, 2008 12 comments: