Water over the land

Sound worrying? Fortunately, no, I don't mean flooding, although we have indeed had plenty of high water on the big rivers lately. In this case, I'm focusing on one of the aspects of living in this country that never ceases to intrigue me: the way the canals sit higher than the land around them; hence the water is always over or above it.
A few days ago, we had a rare afternoon of sunshine, so I donned my coat, hat and gloves, grabbed my camera and took off for a walk. My way took me along a local village dyke not far from the great Terneuzen to Gent sea canal and I was, as usual, on the lookout for ships on their way to or from the Gent docklands.
The thing is, because the canal is just that bit higher than the surrounding farmland and its protective dykes make it look even higher, the ships give the appearance of drifting across the fields. It's slightly surreal, especially when looking through gaps between the houses. There, in front of you is something akin to a castle tower proceeding at a snail's pace across your vision. A very arresting sight, I can assure you.
I spotted the ship in the two photos below several times as I walked along the village dyke. 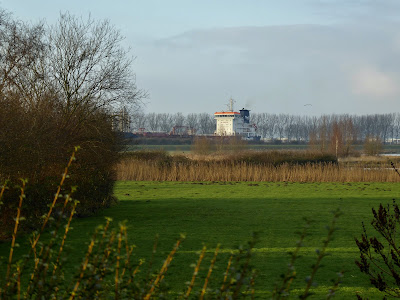 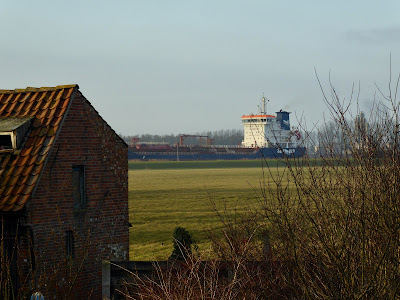 But by the time I reached the end, another one (see photo below) had caught up and overtaken me. I should mention that this canal is extremely busy and the bridge leading to the small town of Sas van Gent, the Hennie H's home port, opens at least twice an hour, and often more, during daylight hours. It continues throughout the night as well, although the openings are probably fewer, but we'd guess forty times a day wouldn't be an exaggeration. And that's just for those vessels that can't pass under the bridge; there's a constant stream of barges ploughing their way to and fro beneath its spans. 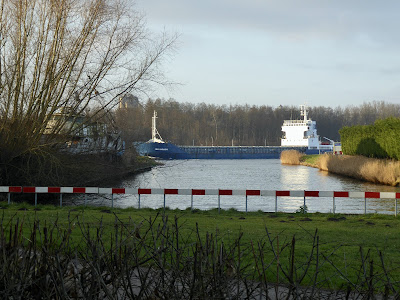 Whatever the numbers, we're not short of shippy eye candy, especially when you think that each time the bridge opens, it's possible for several ships to pass through in procession. Vehicles often have to wait 20 minutes and sometimes up to half an hour for all the canal traffic to get through. The photos below were all taken while I was waiting. 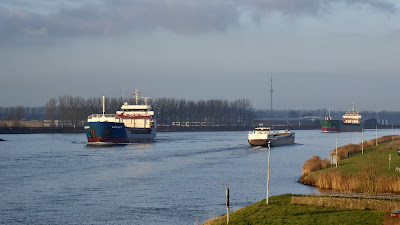 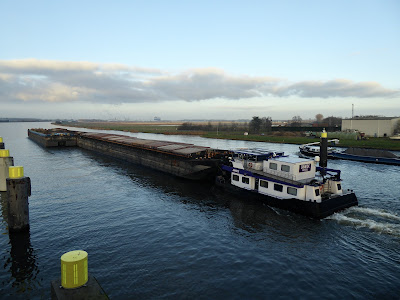 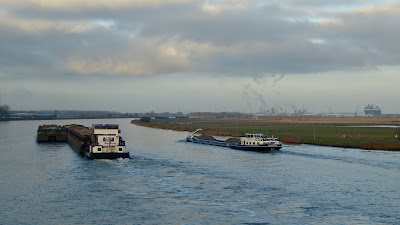 Changing the subject now, this last photo is of a small house along the dyke, which has recently been put on the market. It's very cute, but it needs a lot of work, and I mean a lot. Curious to know what it was going for, we were shocked to discover the asking price is €145k. A couple of years ago, they'd have been lucky to make €85k and indeed, I think it was even sold as a project for about that amount at the time.  It still has to be renovated, so is it worth it? I don't know, but given the way prices have shot up in the last two years, I am sure it will be snapped up. It will make someone a lovely cottage ... eventually! 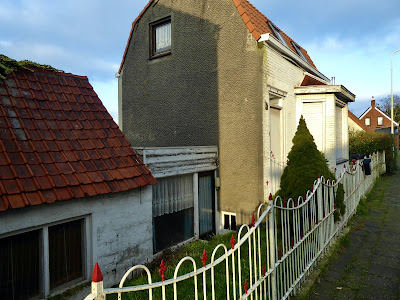 Have a good weekend allemaal
Posted by Vallypee at Thursday, January 20, 2022