The first test run, but not quite a fun run

We finally did it! Our first test run with the new engine on the Hennie H! And it was a resounding success...except perhaps for the weather, which was awful, but then what did we expect? In August. In the Netherlands.
Still, nothing could wipe the grins off our faces as we did our first few kilometres. To be precise, it was 4.6 kilometres in 45 minutes with a maximum speed of 12km/h. Koos has a brilliant app on his phone that records it all so we can really test everything properly. I'm not a fan of apps, but this one gets my stamp of approval.
We'd intended to fare along the canal to Gent, stay overnight and come back tomorrow, but in all honesty, spending three hours in the rain and mist wasn't our idea of a fun run, so tomorrow, weather permitting, we'll try again. With no protection, we are definitely fair weather farers.
The photos below are just to prove we did it. Really. 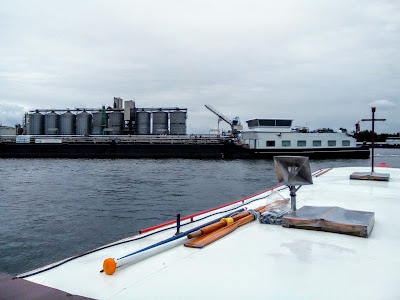 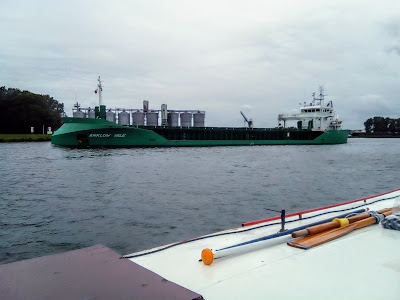 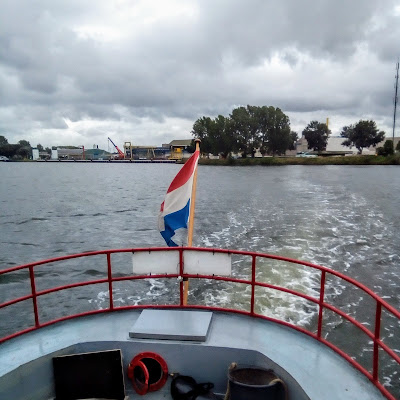 Earlier in the week, though, I was in Rotterdam working on the Vereeniging and I managed to paint some more decks. I do love the steering wheel on my old girl. Its simplicity is its beauty. Don't you agree? 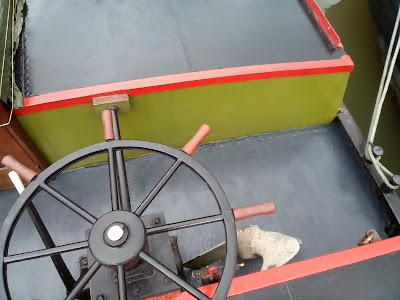 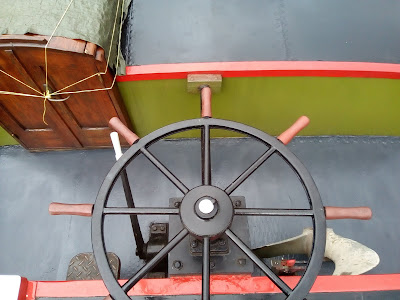 In between jobs, though, I enjoyed watching this very pretty barge going on to the slipway. I can easily waste an hour watching this process and never get tired of it. 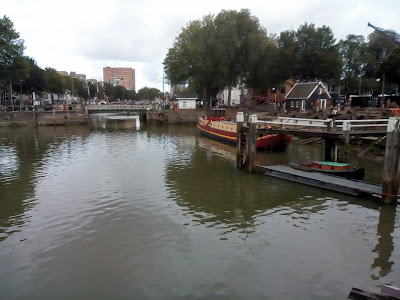 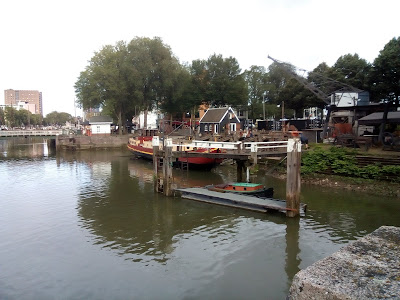 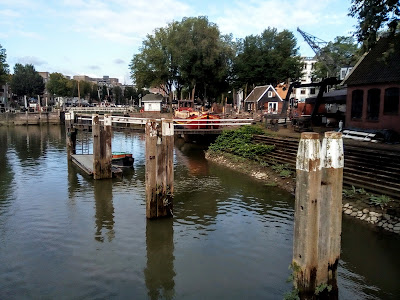 It's the one thing I'll really miss when we move...ooh, did I really say that? Yes, it's true. The Vereeniging is going to a new harbour in October. Finally, after twenty years in Rotterdam.

I know...I've been hinting at it for a while, and fingers crossed, health and weather permitting, it's going to happen, but more on that later. First, though, September is going to be a very busy month, so I'll hold my horses to make sure they're ready to go before I cross that bridge. Or that river, to be more precise.

Have a great week, allemaal and if you're having sunshine wherever you are, please would you send some over here?